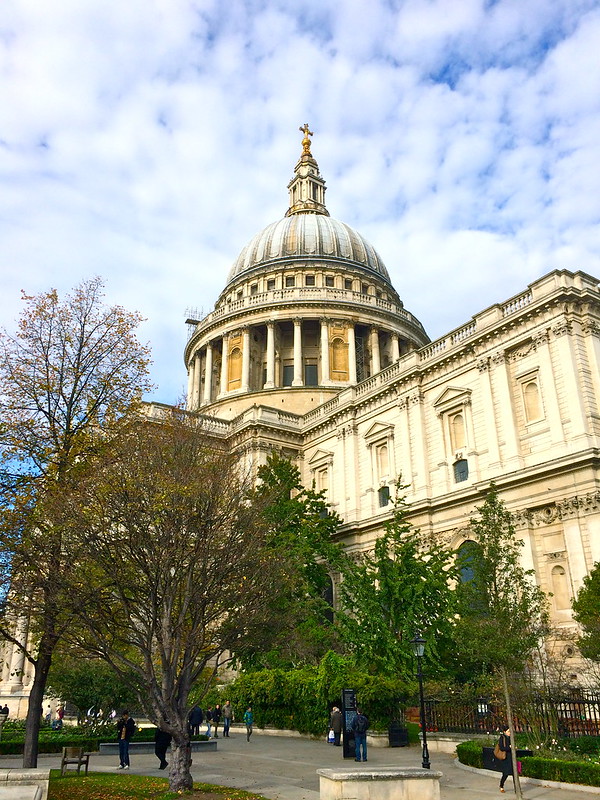 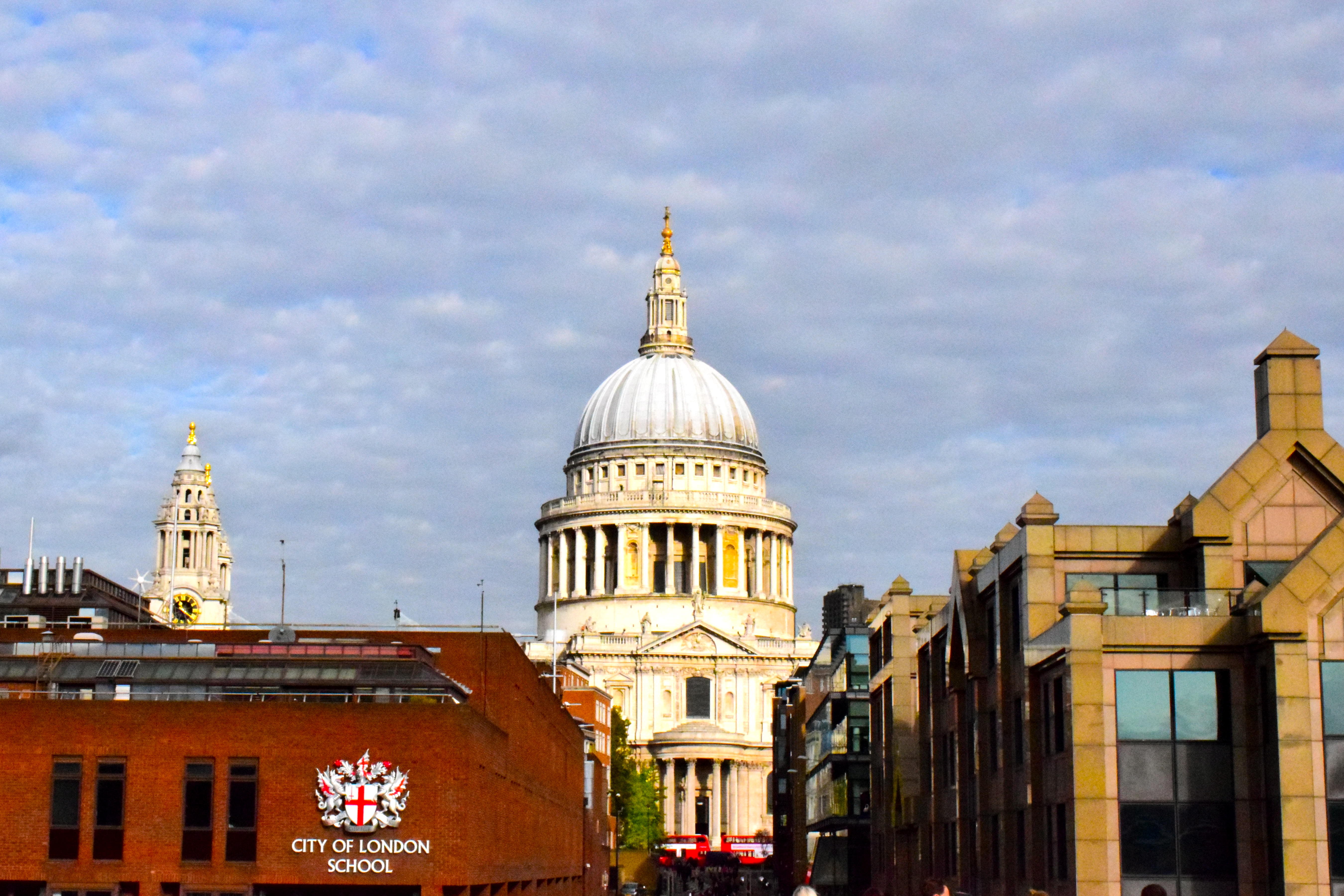 From St. Paul’s, we headed across the pedestrian-only Millennium Bridge to Southwark (pronounced SUTH-uk for some baffling reason). Using the very persuasive “they have free WCs and free wifi” argument, I was able to convince Adam to step into the Tate Modern. I left him on a bench to catch up on emails, promised to return within 20 minutes, and did the speed tour of the highlights – Dali, Picasso, and the always fascinating Energy and Process gallery. 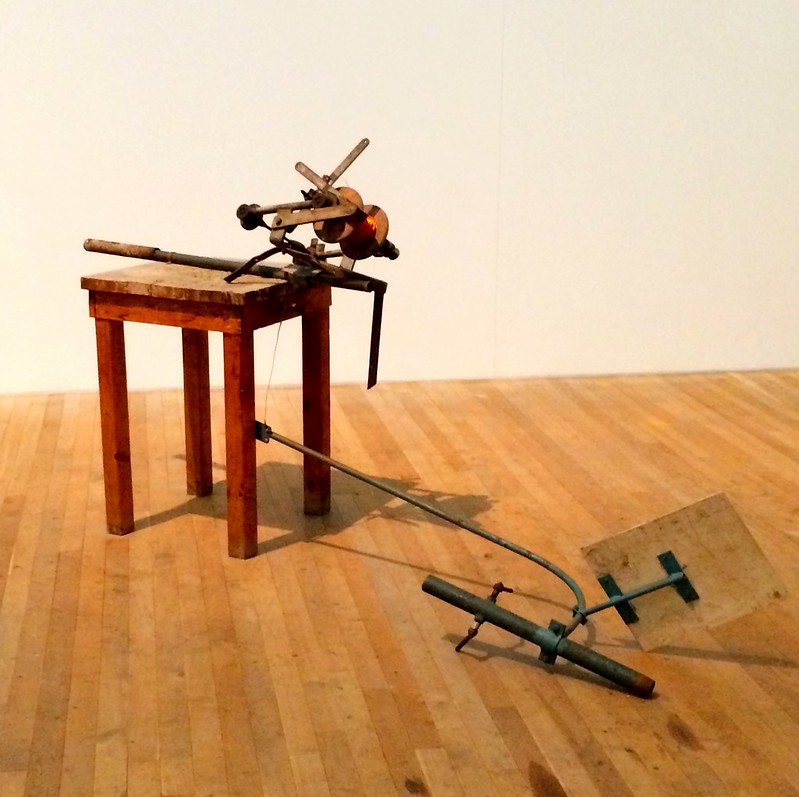 Because this is obviously art. Adam wasn’t impressed, but I think I get what the artist was trying to say – it’s an expression of man’s attempt to create, to advance – and the dashing of all our hopes and dreams when such ambitions are not realized. Or something like that, right? Modern art still isn’t my thing, but I keep trying to expand my horizons, especially when it’s free.

From the Tate Modern, we walked along the Thames to the famous Borough Market, located right under the London Bridge. I hadn’t been to the market on my first visit to London, and I don’t know how I missed it. It’s a food lover’s paradise. 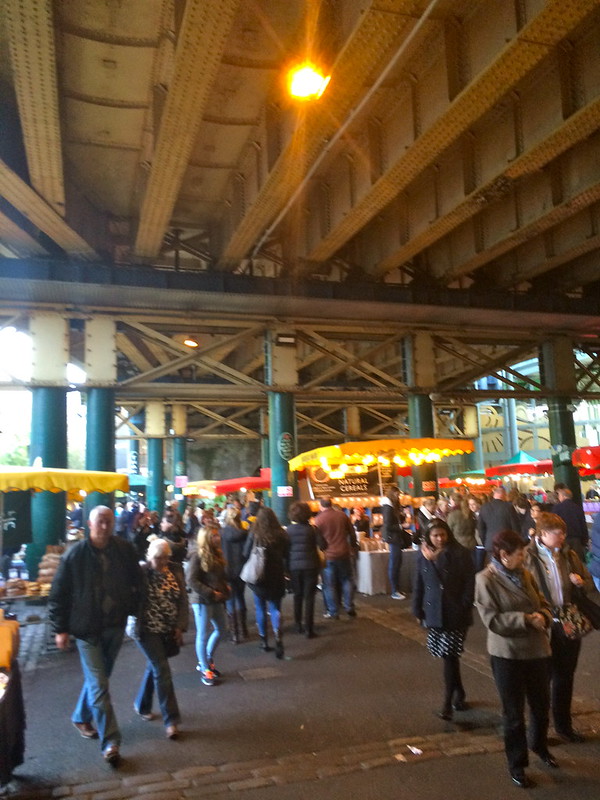 Borough market has been in existence since the 13th century, when traders gathered to sell grain, fish, vegetables, and livestock. Today, there are over 100 individual stalls of vendors selling fresh vegetables from all around the country, every kind of meat imaginable, homemade bread, and delectable pastries. Plus, there are booths cooking up all kinds of amazing food – from German sausages to falafel to bulgogi to beef burgers and veggie burgers.

Our strategy was to try as much as possible. I can’t remember everything we ate (and I sadly do not have photographic evidence), but I know there was some German sausage, falafel, a yummy Indian dish, and probably something else I’m forgetting. We tried to take it easy (can’t you tell?), because we had to save room for dessert.

This. Oh, man, I am still dreaming about this dessert. Not too sweet, deliciously creamy, topped with crunchy caramelized almonds. Just, yes. 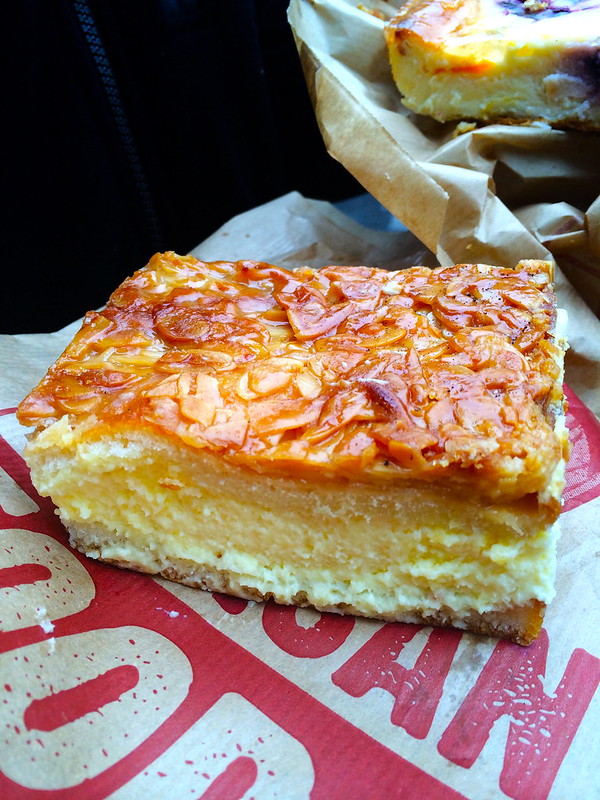 After lunch, we wandered around the market bemoaning all the food we didn’t have the stomach space to try. Then we stopped for a beer in a nearby pub that used to be a debtor’s prison and is probably older than my country. 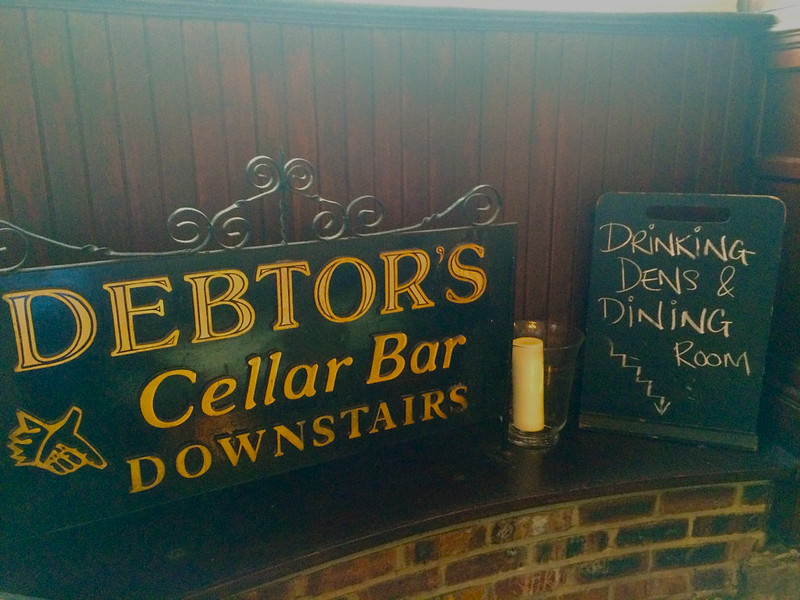 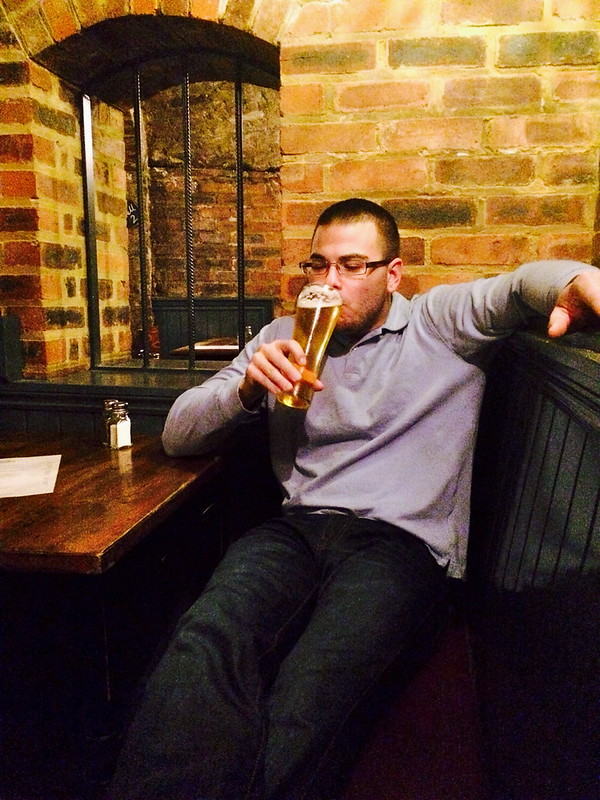 From Borough Market, we walked over to my second favorite attraction in London (ranking just behind the British Library) – the Tower of London. 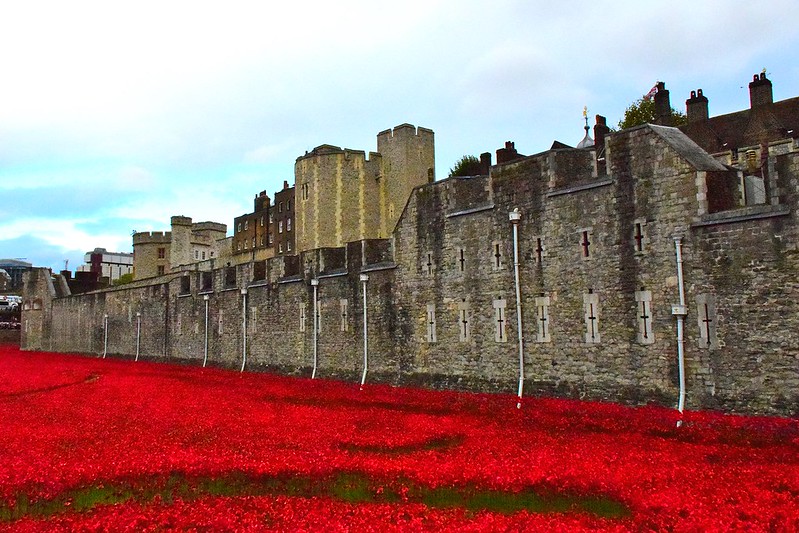 The red you see in the moat is actually hundreds upon hundreds of individual red ceramic poppies, which were installed as part of the Tower of London Remembers project. The poppies, one for every British soldier who died during World War I, symbolize the “blood swept lands and seas of red” caused by the war. From July 17 through November 11, a total of 888,246 ceramic poppies were installed in the moat. This picture was taken when we were there on October 23; even more poppies would be installed after our visit. 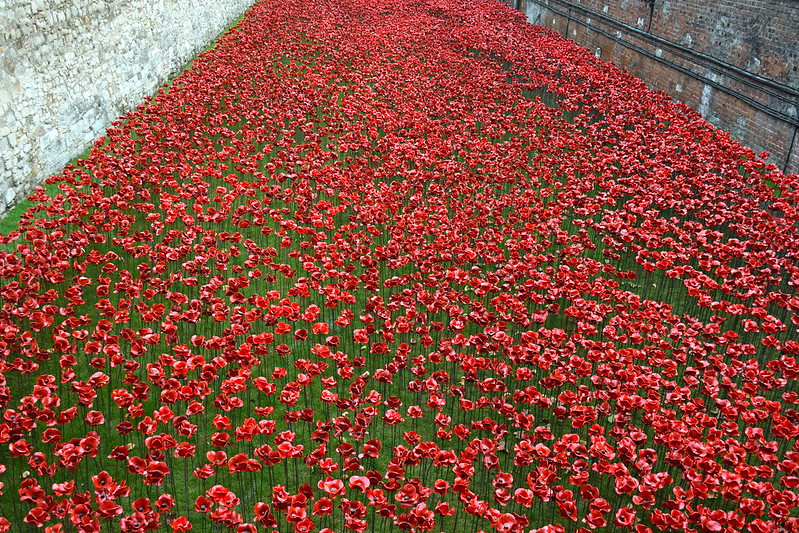 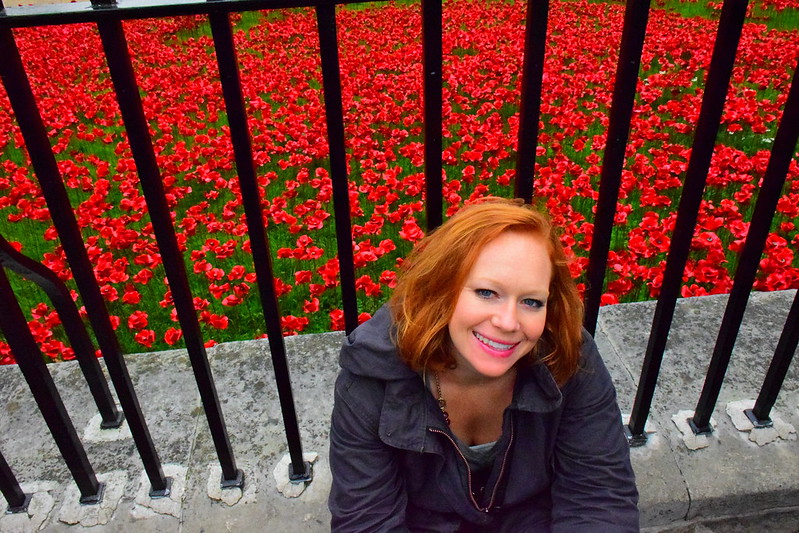 We were there in the afternoon, so had no problem getting our tickets and getting inside. The last Yeoman Warder (aka “Beefeater”) tour was running at 15:30, and I knew from my previous visit to the Tower that these free tours were hilarious, informative, and something we didn’t want to miss.

The Tower of London was built in 1070 by William the Conqueror as a way to keep the English in line and show them who was boss. After William, a succession of medieval kings (most famously, Richard the Lionheart), updated and expanded the fortifications, turning it into the intimidating complex we know today. Over the years, the Tower was used alternatively as a refuge for kings facing rebellions, a prison, a royal residence, a place for tournaments and celebrations (complete with a menagerie), a coronation site, an execution site, and a safehouse for important documents and jewels, although it’s primary purpose, up until the late 19th century, was as a fortress-stronghold.

The Beefeater tour took us around the grounds, where metal replications showed which animals were actually housed at the Tower. We also stopped by Traitor’s Gate where, as you might have guessed, prisoners entered from the Thames River. Famous “traitors” who used this entrance during Henry VIII’s reign included Queen Anne Boleyn and Sir Thomas More. 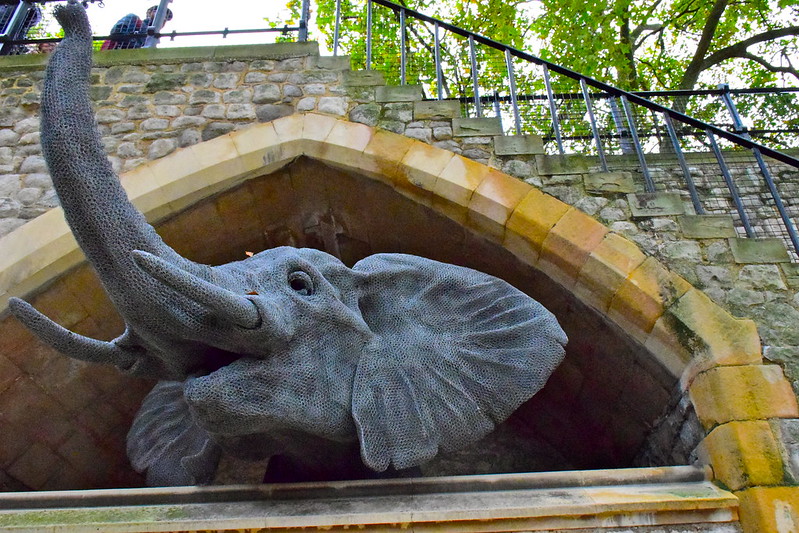 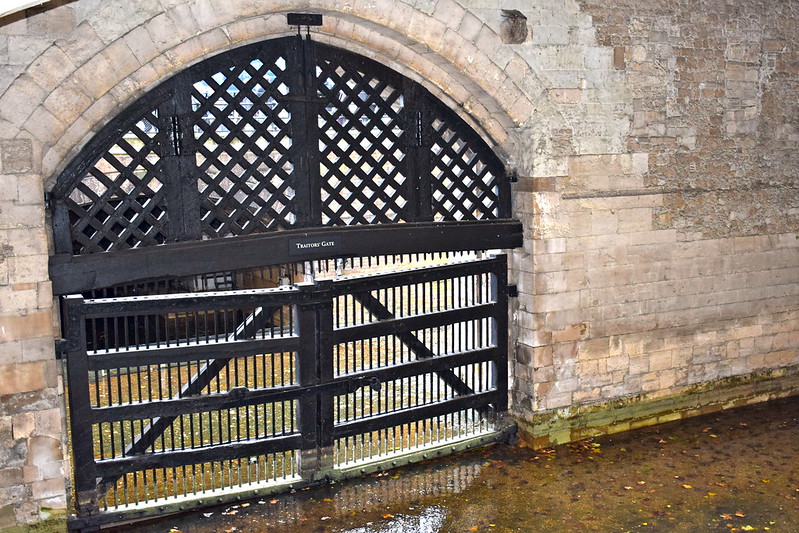 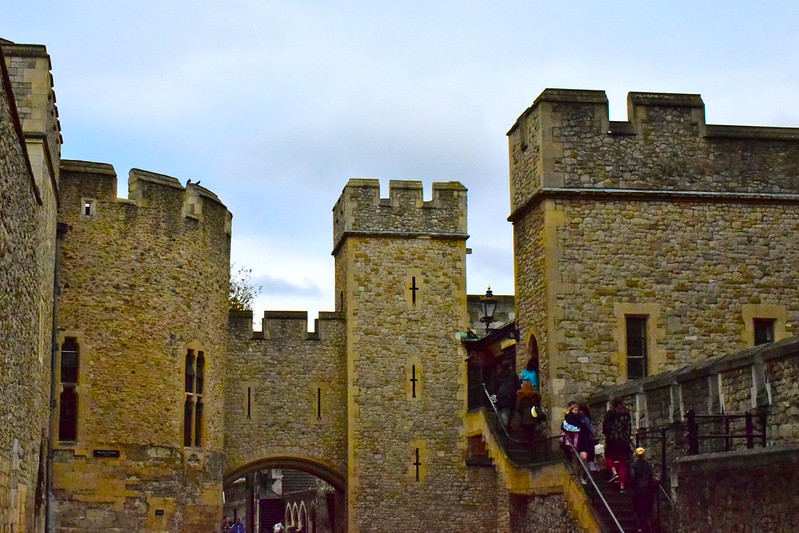 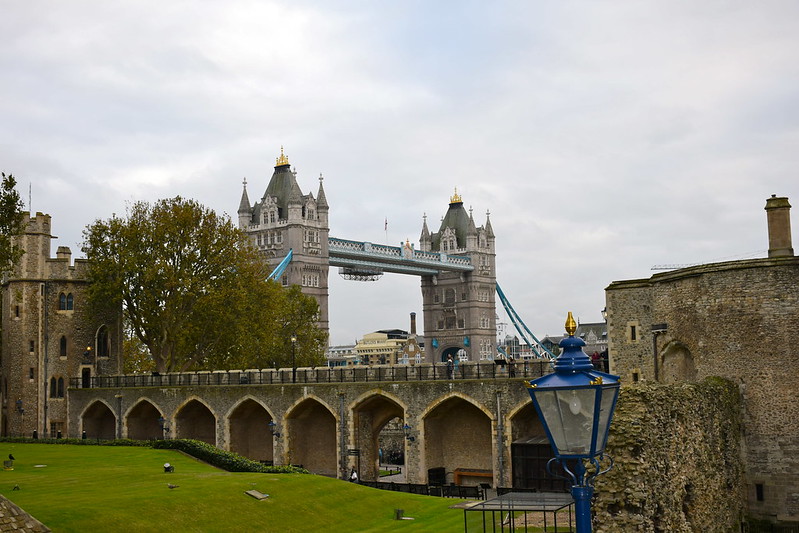 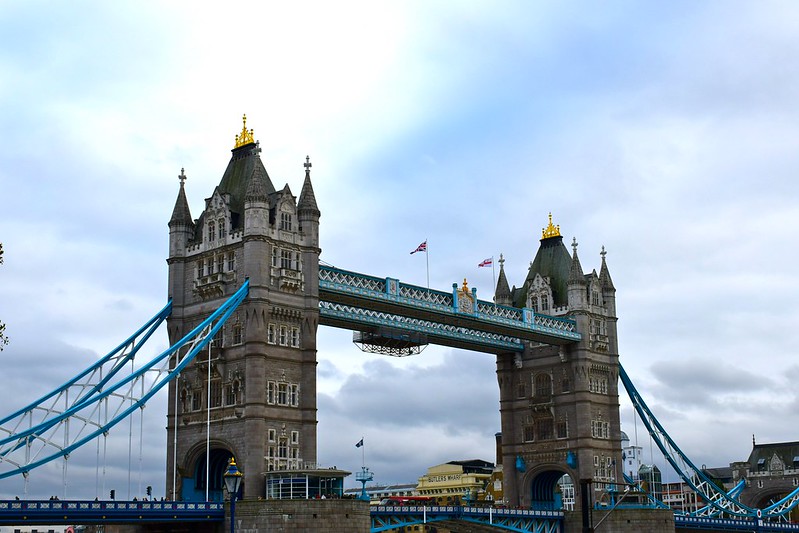 After the Tower of London, we headed to – you guessed it – another pub before grabbing dinner and calling it a night. We had an early morning train to catch the next day – off to Paris!