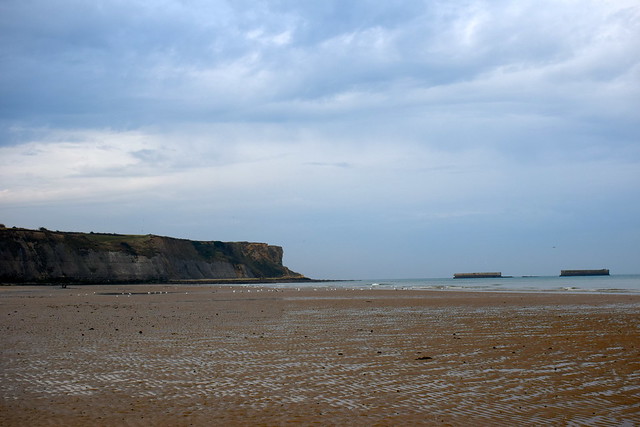 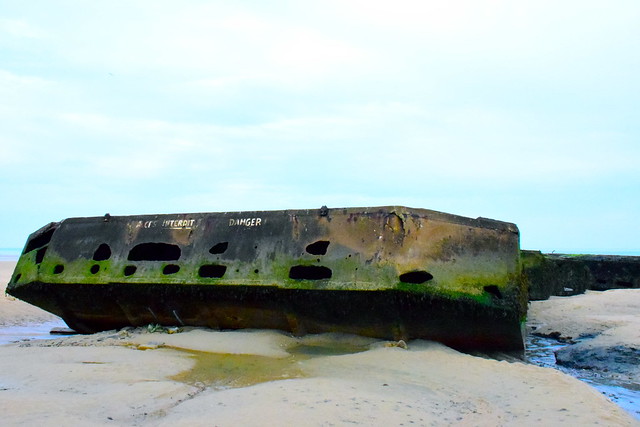 From Arromanches, we headed west to Omaha beach, stopping at the Longues-sur-Mer gun battery along the way. These guns could hit targets up to 12 miles away, and were a crucial part of Hitler’s defense. Each gun was staffed by 7 soldiers (the shells weighed 40 pounds) and could be fired up to 6 times a minute. For perspective, that’s my 5’11 husband in the picture below. 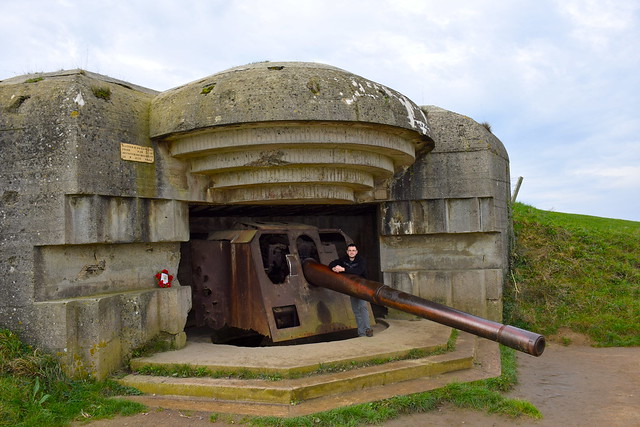 Without a doubt, the most sobering part of our day was the visit to the American Cemetery and Memorial. Inside the visitors center, videos told the story of young men who gave up their lives to free a country they had never visited and a population they would never meet. Displays conveyed the almost insurmountable challenges these soldiers faced and the pressure placed on them to succeed. I was absolutely awe-struck and humbled by their bravery and courage. 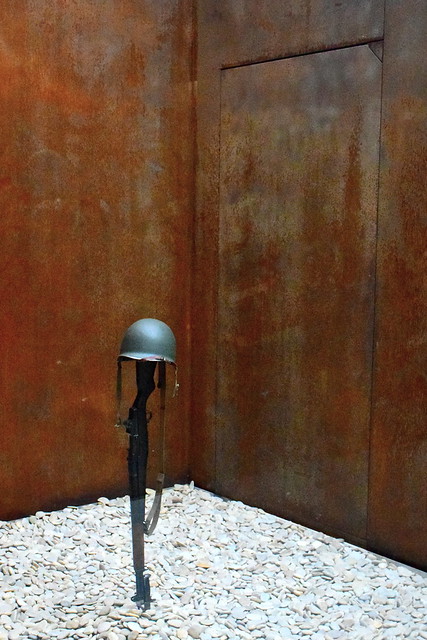 The cemetery itself is a refuge of serenity and remembrance. France has given the US permanent use of the 172-acre grounds, free of charge. After the war, families of the fallen soldiers were given the choice to bring their loved ones home or have them buried in Normandy. A high proportion of officers are buried in the American Cemetery in France because their families knew they would want to rest with the men under their command. Adam and I spent about an hour walking among the headstones and contemplating the sacrifice made by so many. 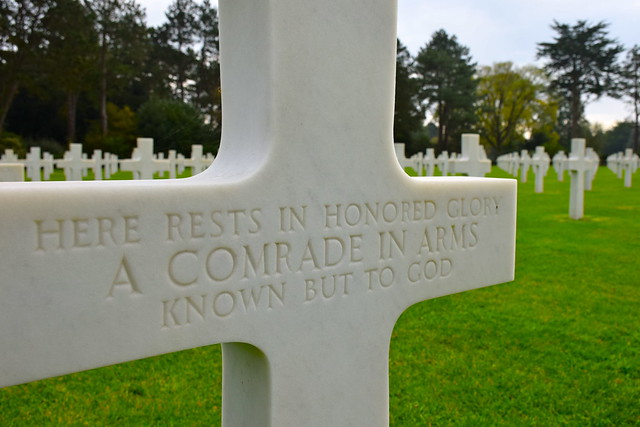 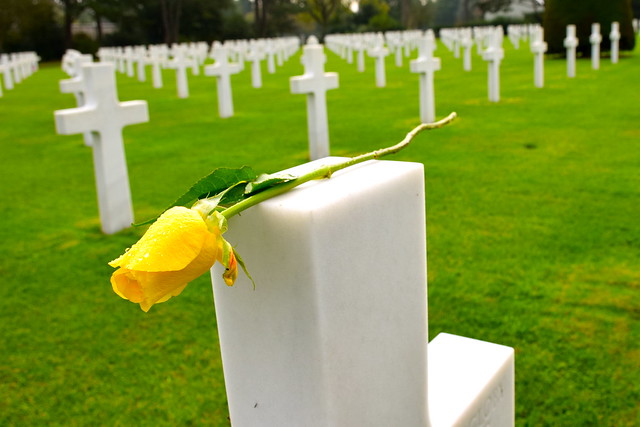 We continued on to Omaha Beach, called “Bloody Omaha” for the high number of casualties suffered during the invasion. It’s estimated that over 10,000 Allied troops were killed here on the first days of the campaign. Omaha Beach was covered in metal obstacles to defend against the invasion; after the war, over 150,000 tons of debris was removed from the beach, yet some still remain and are visible at low tide. Standing on the beach, it’s too easy to picture the challenges faced by those soldiers, and it’s incredible that any made it past the beach at all. 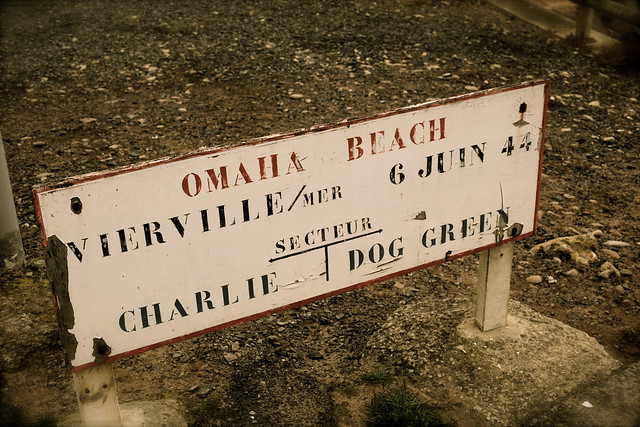 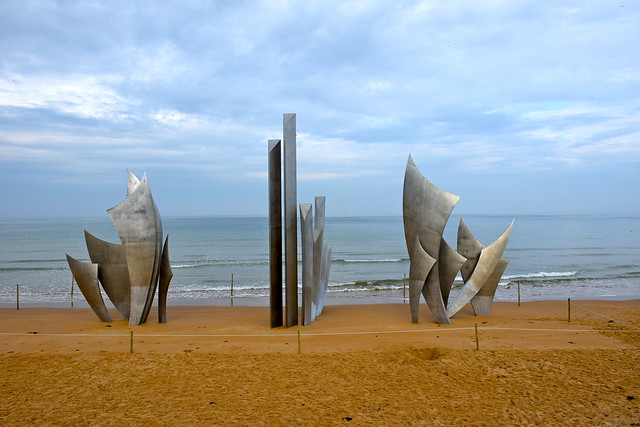 Pointe du Hoc was our next stop. In between the Omaha and Utah beaches, Pointe du Hoc was the Germans’ most heavily fortified location along the D-Day coastline. From April to June 1944, the Allies dropped 1,500 tons of bombs on this one small cliff. The resulting craters are immense. Even with all that bombing, only 5% of the bunkers were destroyed, because they were so well disguised. 225 Army Rangers were tasked with scaling the incredibly high cliffs, in only 30 minutes (due to the rising tide), while under fire from above. Less than a third of the men survived.

In the videos we watched at the visitors center, veterans spoke of the extreme, overwhelming, and nearly unconquerable physical and mental fatigue they suffered from climbing the cliffs. But making it to the top signified not the end, but merely the beginning of their mission. The Rangers were tasked with destroying the anti-ship missiles in the bunkers and preventing the Germans from firing on the beaches below. The Rangers were successful in their mission and today the grounds serve as a memorial to the US Army Rangers. 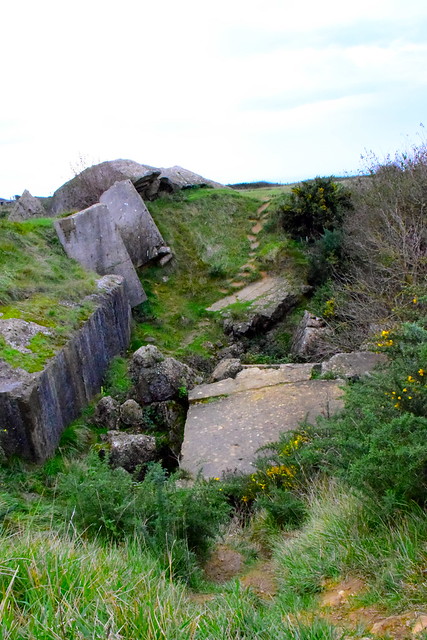 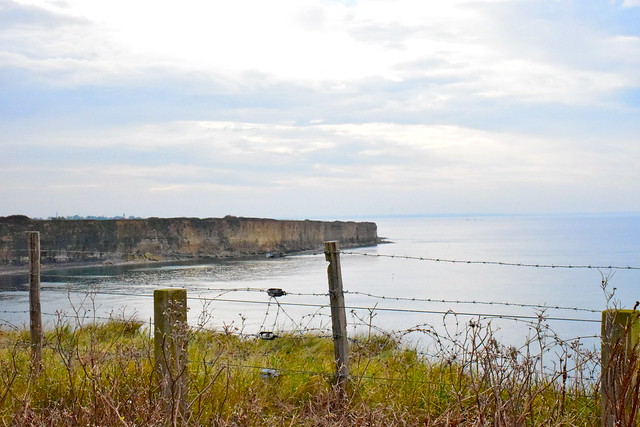 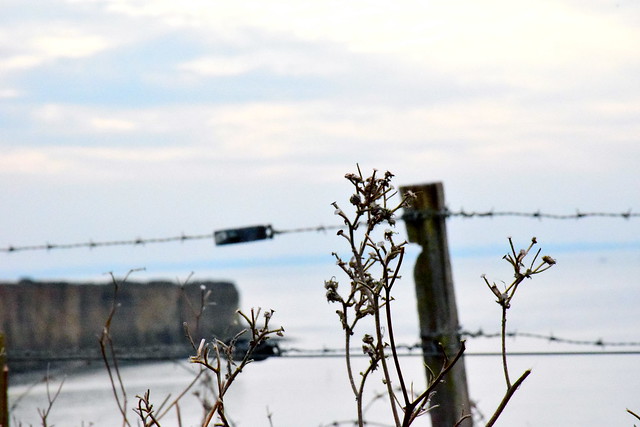 Our last stop of the day was the melancholy German Military Cemetery, the final resting place for 21,000 German soldiers. It was a stark contrast to the American Cemetery, which was sobering, but also inspiring. The American Cemetery felt peaceful and hopeful; the German cemetery felt gloomy and defeated. Soldiers’ graves were marked by simple plaques and groups of basalt crosses were scattered about. Birth and death dates were marked on the plaques; walking through the rows, we saw so many young lives cut short, especially towards the end of the war. The youngest I saw was only 14. 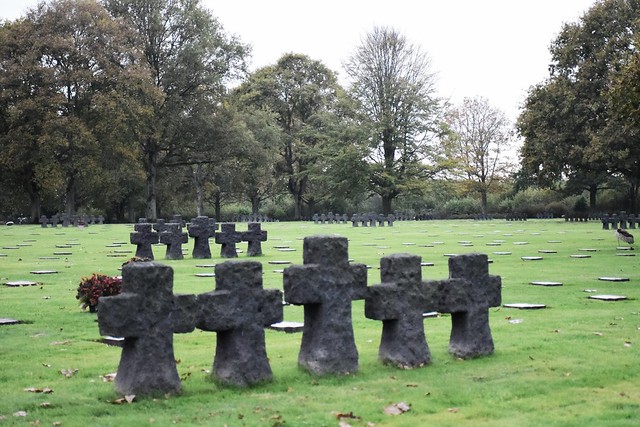 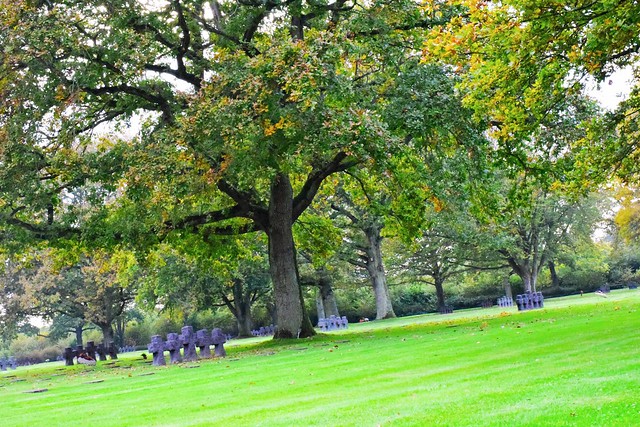 Visiting the D-Day sites was emotionally draining for me, because I can’t imagine having to watch my brother, husband, cousin, or father head off to war. I can’t imagine my country rationing anything, much less sugar or fuel. I can’t imagine running 500 years through surf and sand while bullets whizzed by my head and my friends were cut down beside me. I can’t imagine. Even typing this post is sobering. We’re slowly losing our WWII veterans and our connection with that time, and it’s scary, because I’m not sure where this country is headed. One thing I know for sure – if you are considering visiting the D-Day sites, please, please do. It will be one of the best experiences you can have in France.

And once you’ve visited the beaches and paid your respects to what is truly the Greatest Generation, go back to your hotel room, drink a bottle of delicious French wine, and be thankful.

Check out these other posts to read about the rest of our Europe 2014 trip!