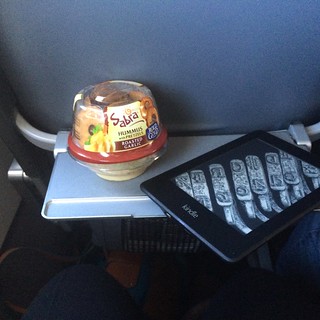 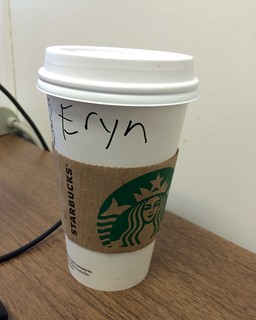 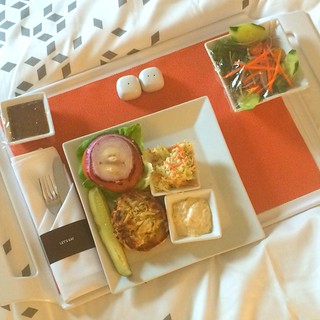 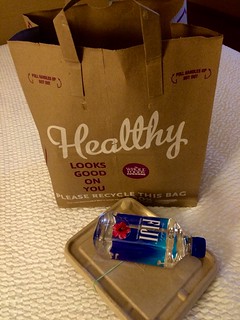 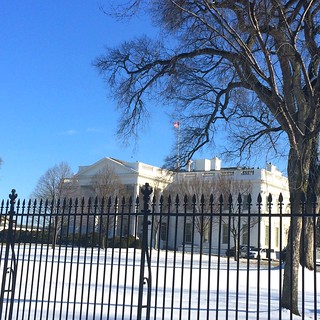 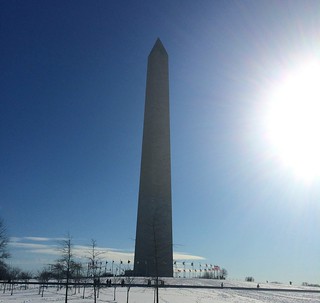 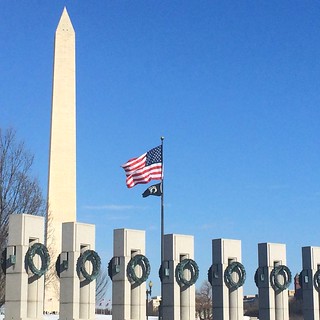 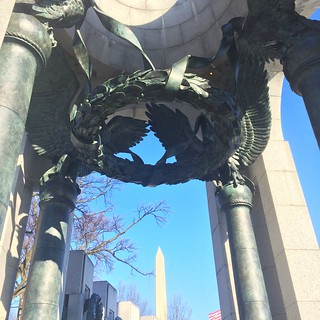 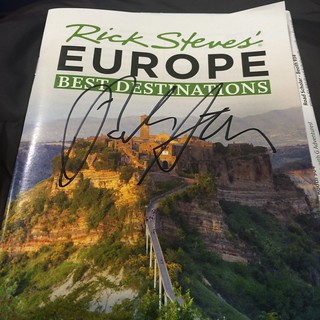 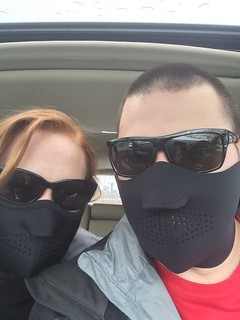 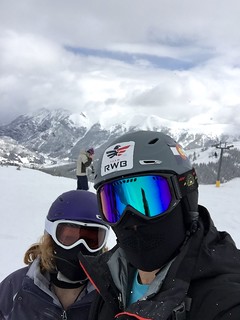 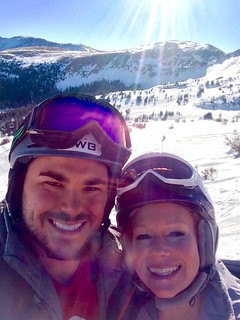 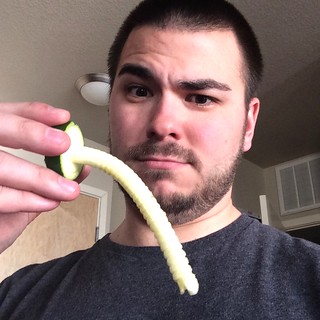 This blog post is coming to you from a not particularly fancy but pretty adequate Extended Stay America hotel room in the lovely city of Denver, Colorado.

Over the past 5 days, we’ve slowly made our way north – driving from Central Florida (think Disney World), where we spent Christmas with my family, through Georgia, Tennessee, and Indiana, then west – from St. Louis, through Kansas City, Topeka, and finally, at last, to Denver. We went relatively slowly, dividing a 27 hour drive into more manageable chucks. We stopped in some really cool towns, ate good food, listened Serial podcasts, and managed not to kill each other or wreck our new car.

I always feel like long road trips sound way more exciting than they actually are, especially when you’re driving through the Midwest; there isn’t a lot to see except fields and silos and the occasional water tower. However, this was a road trip borne out of necessity (the only practical way to get a car from one side of the country to the other is to drive it there), and now that we’re no longer spending 4+ hours in a car every day, I can look back over the trip and say that it’s been relatively enjoyable. Here are a few iPhone photos of our journey.

The morning of our departure from Florida, the fog was unreal. You can’t really tell, but that’s a lake behind that tree.

From FL, our first stop was Fayetteville, GA, to stay with my aunt and uncle. Not only did they graciously host us, they took us to the nearby town of Senoia for dinner at Zac Brown’s Southern Ground Social Club. Turns out, Senoia is where much of Seasons 3 & 4 of The Walking Dead is filmed. I don’t watch the show, but my husband is obsessed, so of course we had to return the next morning during daylight hours to walk around. 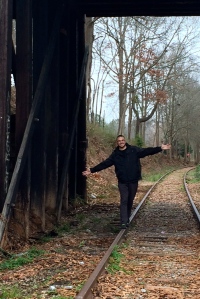 Behind the fake church and the ugly zombie-barrier wall are million dollar homes. Each homeowner gets paid $7,000 for the inconvenience of having to look at the wall and deal with all the filming hoopla. I have no idea how they keep these beautiful houses from showing up in the tv episodes, but that’s the magic of the green screen, I suppose.

After poking around the filming area (there are NO TRESPASSING signs every 2 feet or so – not even exaggerating – but we were able to take pictures from a distance without getting yelled at), we drove the 4-ish hours north to Nashville in search of some hot chicken. One of my friends recommended Hattie B’s, so there we went.

Hattie’s has 4 different heat levels, from Southern “no heat” to Shut the Cluck Up “burn notice”. I am a sissy, so I went with Medium (“touch of burn”). Husband has a death wish, so he chose Shut the Cluck Up. You order either white or dark meat, pick your sides, grab a table, and wait for delicious to be delivered to your table.

The chicken was ahhhmazing – totally worth the wait in line. It was hot and crispy with great flavor. My Medium wasn’t quite spicy enough, but I don’t think I could have handled the Hot, so no complaints from me. Adam, however, said his chicken was “the hottest thing I’ve ever put in my mouth”. This is a picture of him dying from the spice:

After Nashville was St. Louis and a trip to the famous Gateway Arch. Adam bought tickets for us to ride to the top, and I’m glad he didn’t tell me what that involved – specifically, getting in a teeny tiny claustrophobic egg shaped vehicle (seriously, this thing was 4×4 and they jammed 5 full grown adults in there) and slowwwwllllly making our way up 630 feet. It was a really cool experience to be at the top of the Arch, but I don’t expect I’ll ever volunteer to do it again!

The view down made me woozy.

After that traumatizing experience, I needed sustenance. I needed BBQ. I needed Vernon’s.

We arrived just after they opened and ordered smoked tofu (for me) and lots of meat (some of which was also for me). Ribs, corned beef, brisket, and pulled pork. Y’all, it was incredible. They smoke their ribs in a sweet/savory glaze which caramelizes into something heavenly over 5 – 6 hours. I don’t always eat meat, but when I do, I want it to be this delicious. Vernon’s hit the spot for sure – if you’re in St. Louis, definitely stop by! 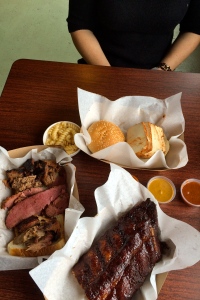 Our next stop was Junction City, Kansas, where we celebrated my birthday dinner (cue I’m so old waahhhhh whine here). In the thriving metropolis of Jnc City, as it is known on highway signs, dining options are limited to fast food, Cracker Barrel, and a Mexican restaurant called La Fiesta. We chose La Fiesta, because it was a celebration, after all. And let me tell you, whoever decorated this place must have recently gone to a great party, because the interior of La Fiesta was wild.

This is me, at our table. As in, this picture was on the seat. And all the booths were decorated like this, with crazy 3D wood carvings of scenes from what I can only assume is a cra-azzzy Mexican party.

Surprisingly, our food was pretty good. Or as Adam said, “It’s hard to screw up fajitas and queso dip.” Fair enough.

From Junction City, it was a long, boring, bleak, monotonous drive to the Mile High City. Nothing but corn fields for miles and miles and a disturbing number of adult only stores and “spas” with half-naked girls advertising “special services” on the billboards. I can’t imagine who frequents these kind of establishments, but after driving for 2 hours without seeing another car, I kind of understand. Sometimes you just need some human company, no matter how depraved.

While Adam drove, I took a nap with my stuffed dog, known as “Fluffy Puppy”.

Yesterday, we arrived in Denver in the middle of a snowstorm. Visibility was pretty miserable, driving was stressful, I was tired and cold and hungry. In short, I was ready to head back to Florida where I was complaining about 80 degree temperatures in December.

But then this morning dawned – cold, but sunny. And I woke up to this view from our hotel room.

I think I like it here. Denver, will you keep me?